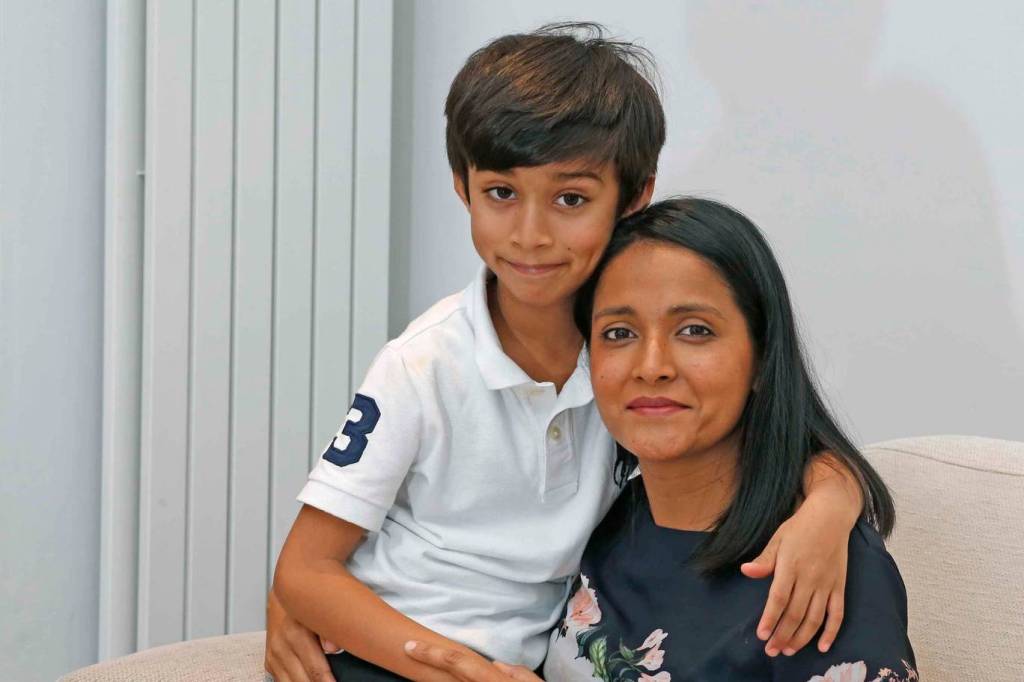 Mrs Gofur, 37, passed out in Petts Wood, Bromley, after collecting her son Noah from Breaside Preparatory School. He quickly called the emergency number then comforted his mother and looked after his 15-month-old sister, Isabella, until paramedics arrived.

Noah said he “wasn’t scared”, adding: “To the police I said: ‘My mum is really ill, she’s lying on the floor and I don’t know what to do’. And they said they’re coming quickly as they can.”

After being treated by paramedics she was taken to Princess Royal University Hospital and later discharged.

Praising her son, she said: “I could hear Noah looking after my daughter, reassuring her that it would be okay, which is really nice. I didn’t realise how switched on he was until then.

“He normally worries about the littlest things, so I saw a different side to him. He was so calm. It’s quite sad for him to see me the way I was, because as a parent you don’t want your child to see you helpless — but I’m very proud.”

Mr Gofur, 41, a counsel for HSBC, said his son was a “real hero” and called him the “ice man” for keeping his cool.

Bromley police tweeted that Noah “gave enough info to our operator to get us to them quickly. The lady will be okay but her little boy is a hero!!”

Noah, who wants to be a barrister, was allowed to look inside the responding officers’ patrol car as a reward. He said: “They let me turn the sirens on and wake all the neighbours up.”