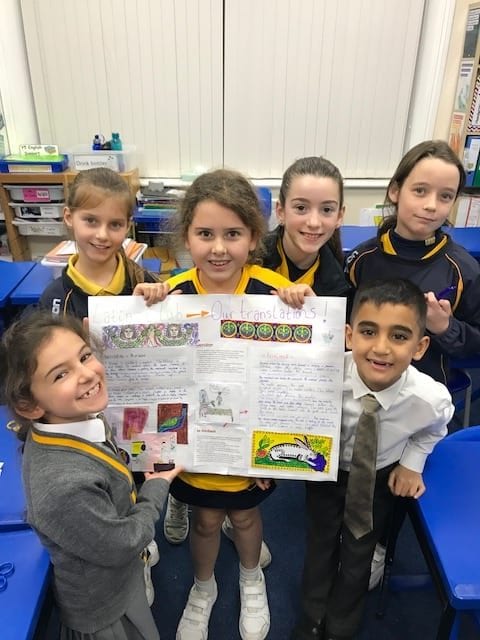 This term, Breaside has been running a Junior Latin Club on a Wednesday afternoon. As part of the club, children have had the opportunity to both learn how to read the ancient language through translating from Latin to English, as well as learn more about Roman culture and traditions. Here is a photo of a very proud Latin Club after they had worked collaboratively to translate two Latin stories about Caecilius and his infamous dinner parties! Well done to all the children who took part in the club this term.